It might be the time to put up the summary for the tank specifications:


Step-by-Step setting up the tank was summarized as below: ^^

Leveling of the cabinet and tank were carried out before water flooding. 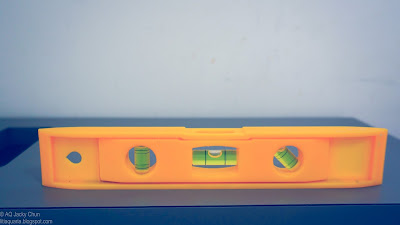 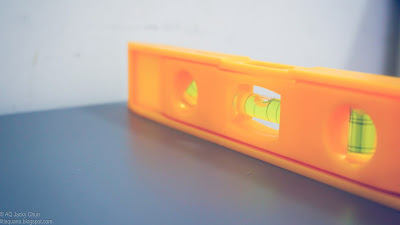 The tank was cleaned properly before placed in the position. 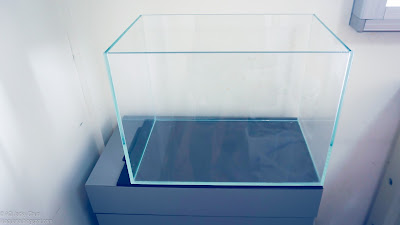 Plastic mesh was placed at the bottom so that the force would spread around and the rocks would not damage the tank. Pagoda rocks were chosen in this setup. This type of rocks can be found quite easily at any LFS in Singapore. As can be seen, an island was created at the corner of the tank. 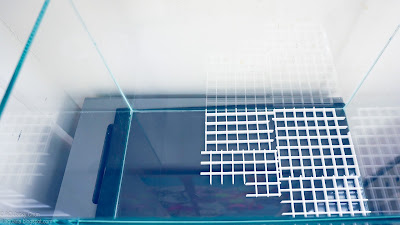 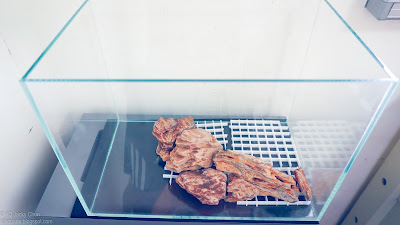 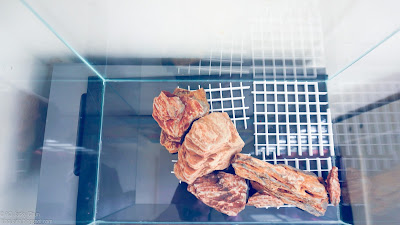 Lava stones were placed at the bottom of the "island" to create the height for a better sense of depth and also to create a good environment for beneficial bacteria in the future. 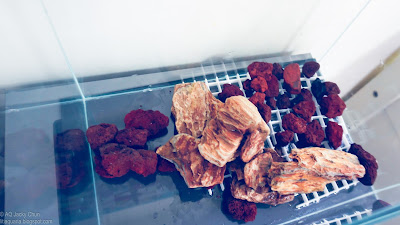 ADA Aquasoil (normal type) was put on the island after that. 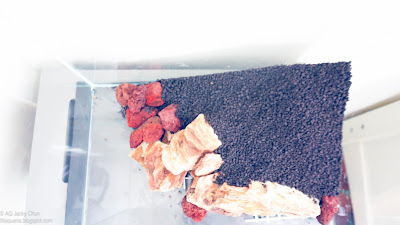 Lastly, Sudo Bottom Sand was placed in the tank. I chose Sudo Bottom Tank since it had warm colour and matched the idea of the layout i.e. warm tone. It looked quite nice at the time of setup. 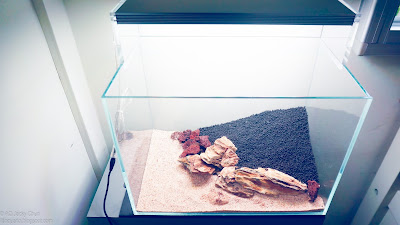 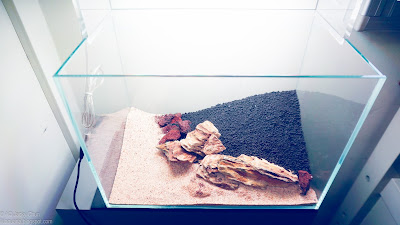 Water was introduced into the tank using traditional method. :P 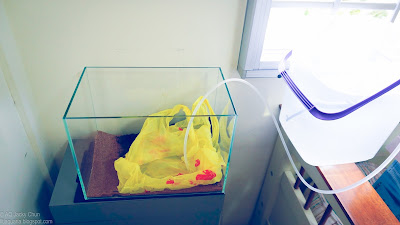 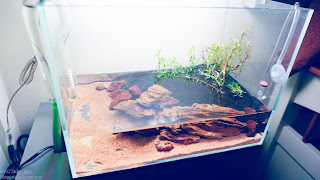 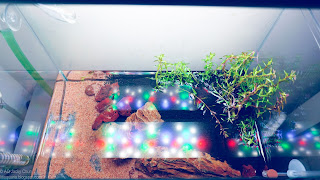 I attached Anubias nana 'petite' to small lava stones using superglue and placed them under the canopy of the tree. It would be good growing under the shady area there. 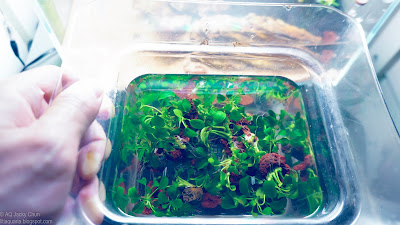 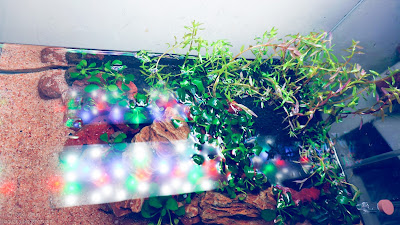 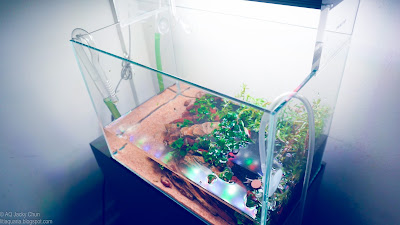 Finally, the "tree" was placed in the tank. It fitted nicely in the tank. I feel it was a bit crowded with all equipment and stuff in the tank though. I would find the way to minimize that clutter in the future once the tank becomes more stable. 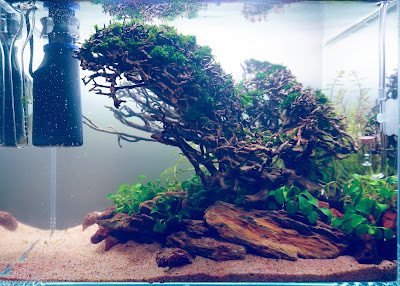 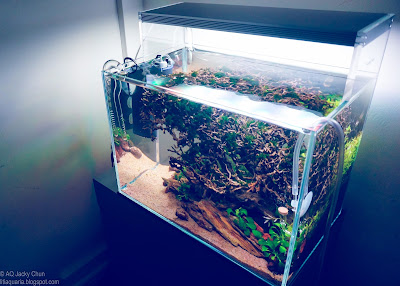 A snap of the final product Tada! :D 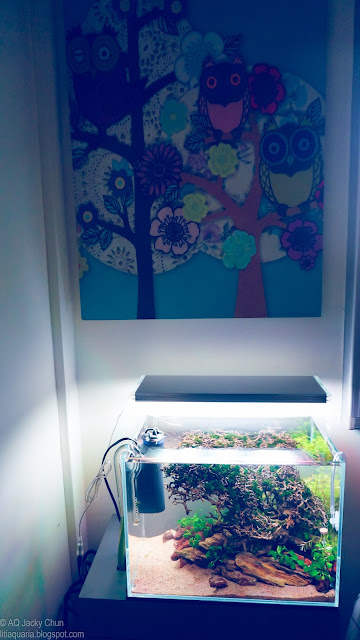 I will update more on the coming days. Thanks for reading. ^_^
By LitiAquaria at October 03, 2017

Email ThisBlogThis!Share to TwitterShare to FacebookShare to Pinterest
Labels: Aquascaping, The Raintree Canopy