Save Cost for Filter Media

There is a way to save your spending on white sponge filter media.

Previously, I used to spend SGD5 for every 3 pieces of white sponge filter for my Eheim Ecco Pro 3, which I found quite reasonable actually. However, after reading some suggestions from my fellows at Aquatic Quotient Forum, I bought a big pad of Mika white sponge filter media instead. Just with some simple cutting which you can ask your kid for help, you already can save quite an amount money. :)

Yup! Just a small thing but if you can save money, why not?
Happy aquascaping! ^_^

Amano Shrimps- Caridina multidentata (or some LFS call them Yamato Shrimp) were one of the first residents in my "Passionately Curious" planted tank. I chose them since they are famous as algae eaters  in planted tanks. I introduced them at the very initial stage, after the tank was fully recycled to prevent algae bloom in the tank at that stage. Other than clearing out algae, rotten leaves and even dead fishes or snails have also been cleaned up by these soldiers. How great they are!

This is the video I recorded when an Amano Shrimp tried to pick up the dead snail body from the shell.


However, with their big appetite, they would sometimes look for soft leaves or plants or even disturb the smaller fishes if they were hungry. I used to see them damaging the star grass leaves and they even climbed on to Oto catfish and tried to grab the Oto away!

That was how they munched on my delicate star grass leaves. :(


That being said, they would remain calm and peaceful should the tank has enough algae and food supply. So, if you see your Amano Shrimps keep running around and damage the plants or disturb other fishes, that means mostly they are hungry and looking for food. Just give them a slice of blanched zucchini or some smashed green peas, they will be alright. Hungry shrimps are angry shrimps! :)

As many new hobbyists, I also wish to have a great shoaling / schooling of fishes in the planted tank. After some research, I decided to have Platinum Rummynose Tetras (Hermigrammus rhodostomus) for my 2ft tank. And that is an excellent choice! The rummynoses were really discipline in moving as a school, especially when they were first introduced into the tank. I thought they were a bit stressed but even after a few months keeping them, I still can see that great schooling behaviour.

Platinum Rummynose Tetras are a bit different from the normal Rummynose Tetras since they got very shiny sparkling bodies. The coloration of the "rummy" head and "cross" tail would be getting nicer when they get use to the tank environment.

Overall, I am very happy seeing them schooling everyday. You can consider them for the next purchase. ;)

I had a chance to record their schooling in the video below for your reference.

As any other newbies in this hobby, I was very excited waiting for the tank to be fully cycled. I did water test very frequently during this first stage and nervous sometimes seeing the water test results. The tank has been fully cycled finally after 32 days.

Since I do not want to see the fish "suffering" from high level of toxic substances such as Ammonia, Nitrite or Nitrate at the cycling period, I chose "fishless cycling" method that use ADA Aquasoil. 9L of ADA Aquasoil New Amazonia Powder was utilized for my 2ft tank. This substrate after setting up would leech out Ammonia to the water column for beneficial bacteria to feed on. Hence, there is not necessary to add in additional Ammonia daily as stated in some online "fishless cycling" methods.

In addition, with the wish to speed up the cycling process, "WaterLife BacterLife: Digest Ammonia &Nitrite" was dosed in according to manufacture recommendation.
As expected, Ammonia peak appeared right away after flooding the tank at very high level (i.e. 4ppm). It could be seen Nitrite level was very high at 2ppm for the first five days and gradually reduced to 0ppm by Day 15 whereas, Ammonia level was unchanged at 4ppm until Day 18.

It can be seen that WaterLife BacterLife does affect the nature process by developing beneficial bacteria to convert Nitrite to Nitrate, whereas, beneficial bacteria to convert Ammonia to Nitrite in the tank was developing slower. Hence, whatever Nitrite was produced, it was quickly converted to Nitrate and Nitrate was removed by partial water change every 2-3 days in the first 3 weeks. On the other hands, I also think that too much Ammonia leached out from ADA Aquasoil constantly would make the bacteria overloaded and could not convert Ammonia to Nitrite in a short time.
After Day 18, Ammonia Level gradually reduced and reached 0ppm on Day 32 and it completed the whole cycle.

During the cycling time, anxiety visited me regularly :). Most importantly, we, new hobbyist must keep our patience. The tank will naturally go through the process and it takes time for beneficial bacteria to develop in the filter. Sometimes, all the Ammonia, Nitrite and Nitrate levels might not follow exactly what indicated in text books. That is OK. Every tank is different and the speed of beneficial bacteria developing is differently, too. If you are too anxious about the high ammonia or nitrite levels, just do water change. There is no harm doing water change up to 30% for every 2-3 days at the first 3-4 weeks after setting up the tank.

The first 30 days for me was enjoyable as well since I can watch the plants growing day by day. I can test and tweak all the lighting, CO2 injection rate and fertilizer regime to make sure the plants grow well and become stable before fauna is introduced to the tank. And do remember not to introduce any fauna in the tank until you are really sure that Ammonia and Nitrite Levels are 0ppm. At the end of the cycling process, Nitrate Level would be very high, and 50% water change before introducing fauna to the tank is recommended.

In conclusion, my first lesson in this hobby are:
"Be patient."
"Stay curious and plan well ahead".

It has been four weeks since the tank was setup. Plants have grown very well with lush green all the time. There was very minimal algae issue happened in the tank. Since the tank has no fauna yet, I increased the CO2 injection rate to 2bps for 8 hours a day. Lighting time also increased to 8 hours a day, started one hour after CO2 injection and ended one hour after CO2 stops.

First trimming for the right background of Heteranthera zosterifolia (aka Star Grass) was done since the branches grew very fast and even touched the surface water. I trimmed them until quite short to make them become busier.

Star Grass leaves were very soft and gentle, yet the colour was lush green. Star Grass is one of the fast-growing plants recommended for planted tank at initial stage since it would be able to absorb and consume excessive nutrient in the tank, thus prevent algae outbreak.

Eleocharis acicularis 'Mini' has been growing beautifully, too. Their roots started to spread in wider area and slowly covered more space on the foreground. I used 2 tubs of 1-2 Grows! Eleocharis sp. 'Mini' for my 2ft tank at the beginning, so the covering speed was also faster.
By end of Week 4, the tank was quite close to be fully cycled where Nitrite level is 0ppm, Ammonia is 0.5ppm and Nitrate is quite high at 80ppm. It can be seen that beneficial bacteria have been working hard to transfer all Ammonia to Nitrite and Nitrite to Nitrate. Once the tank is fully cycled, I will jot down my experience on "fishless" cycling method with ADA Amazonia soil.  For now, stay tuned and enjoy watching the plants grow. :)
By LitiAquaria at April 06, 2016 No comments:

It has been three weeks since the tank was setup. I decided to name my first planted tank "Passionately Curious". I hope to keep my curiosity remains for the whole journey of the planted tank and keep learning new interesting things. 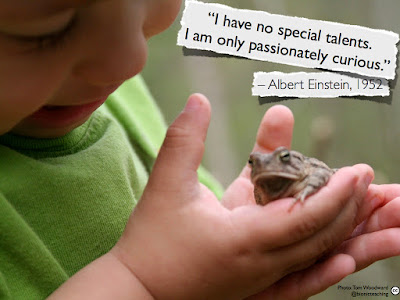 It is the time to share the tank overall information as of now.

The plants so far have been growing very well under the routine mentioned above on lighting, CO2 and fertilizer given. No signs of any algae or snails, touch wood. I believe that all of the careful preparation steps really help. From boiling driftwood, rocks to choosing plants which were algae/snail free (i.e. Tropica 1-2 Grow!), all these works really made the difference and it is worth the time investment. I bet no beginner would want to see algae and unwanted snails in their very first planted tank. :)

Some of the photos update on Day 18 that I captured here:-

Some videos recorded during the beginning period are posted below.


Overall, I am quite satisfied with the plants's growing progress so far. The tank, however is not cycled yet at this point of time. I will mention about cycling process in another post when the tank is fully cycled. Can't wait to see the first fauna introduced to the tank. Nevertheless, I really enjoy seeing the plants growing everyday. Cheers! :)
By LitiAquaria at March 30, 2016 No comments:

I went to GC one more time to buy some new stocks of Tropica 1-2 Grow! plants which would fill the blanks in the tank and complete my planting scheme.

This time the work was done very fast, in about half an hour in total.  My tank looked more complete now with background and mid-ground plants.

The tank's water was not clear and quite cloudy with whitish-gray hue colour from day 2. Hopefully, it would be clearer after the first week with a few more water changes. For now, planting stage has been completed. I had setup the schedule for lighting, CO2 and fertilizer dosing and will follow up according to the plan. Let's enjoy the journey! :)

The most important day finally comes. Nerves of steel. No back down. :)

I purchased some 1-2 Grow! Tropica plants from Green Chapter and spent the whole night setting up the tank. It took about 5-6 hours to finish all of the work since this is my first time hands-on. Hopefully, next time, if any, it would be faster. :)

The photos below describe the process to set up the tank.
Some of the plants were not in my initial planting scheme, however due to limited stock from GC, I chose them as alternate option.


After done with the setup, I started dosing the first batch of fertilizer to the tank, followed instruction of the supplier accordingly. Dosing is as follow for the first day:-

I dosed more Seachem Excel according to instruction given for initial tank setup. After that, I might follow 5ml per 200L water.

There are still some background and mid-ground plant to be put in place. Wait for the stock to come! Tank cycling has started. :)
By LitiAquaria at March 10, 2016 No comments: